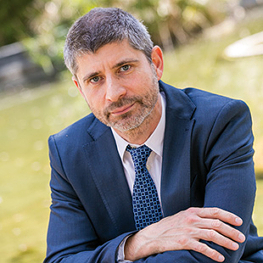 He frequently acts as an expert in patent court actions before Spanish courts. He has acted as a technical expert both within and outside Spain in cases involving blockbuster drugs such as atorvastatin, escitalopram, alendronate, tamsulosine, venlafaxine and the most recent cases of fulvestrant and pemetrexed.

Bernabé is CEO and the driving force behind ZBM BConnect a consultancy firm that assists private companies and public research institutions in optimising their technology transfer activities. His main duties in ZBM BC are the management of the company, obtaining technology from companies and other institutions, and conducting negotiations to transfer the technology.

He started teaching at the Patent Centre of the University of Barcelona in 1988. He is an expert in searching patent and scientific literature, as he was a representative of both STN International and Chemical Abstracts Service in Spain for over 10 years. Before this, he worked for Questel-Orbit.

Since 1988 he has lectured regularly on patent matters on courses organised by the Spanish Patent and Trademark Office and the Patent Centre of the University of Barcelona, as well as on the main Spanish master’s programmes on intellectual property. He has authored several articles on patent matters and patent documentation in Spanish newspapers and specialised journals.

"Heading up the chemistry and life sciences division, Bernabé Zea is "a straightforward attorney who can be trusted with the most complicated cases." He is in hot demand for his expert testimony in litigation; while as a licensing specialist, he also oversees ZBM BConnect, the firm's technology transfer unit."

"An outstanding specialist in every possible area, from due diligence to litigation support. He translates complex issues into easily understandable terms and combines profound insight with a creative approach to find optimum lines of argumentation to secure his clients' positions".

ZBM continues to have a Top Woman and 3 IP Stars this year zbm-patents.eu/en/zbm-continu…